Apple vs. Facebook, a tech war with ‘data’ and ‘SMEs 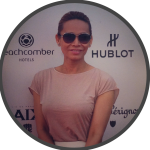 iOS 14 ‘Allow Facebook to track your activity in the app. and other companies’ websites?

In June last year, Apple announced a series of changes. That will happen in the new operating system iOS 14, allowing users to choose whether different platforms Track their movements or not.

The impact will cause Facebook to suffer a heavy loss in ad revenue that will decline. This makes it more difficult to market with Personalized ADs and Target ADs.

Facebook CEO Mark Zuckerberg and Apple CEO Tim Cook have hit out at each other over privacy concerns, which Facebook sees as killing many SMEs. million

Apple vs. Facebook, a tech war with ‘data’ and ‘SMEs’ at stake?

“If business operations arise from guiding users through various methods And relying on exploiting information with no choice for the user at all, Then they should not receive our praise; on the contrary, they should receive more scorn.”

The message above is one of Apple CEO Tim Cook’s best hook-up quotes, accusing a platform of ‘Not specifying who it was at the Brussels Data Privacy event on Thursday, January 28.

Although the prison is not targeted at any one person, in particular, it is well known that Apple is currently in a dispute with ‘Facebook,’ the world’s most used social media platform with over 2.8 billion users, over changes in user privacy measures. Work and tracking Track Internet Usage in iOS 14

The question is, what is the origin of the war between Apple and Facebook? Why do both Cook and Mark Zuckerberg seem to be ‘back and forth together? How will consumers react to the changes that (maybe) happen this time?

iOS 14 ‘Allow Facebook to track your activity in the app. and other companies’ websites?

Back around June last year, Apple announced various changes. To increase the overtones and usability. That will happen in the operating system in their new version, iOS 14, starting from adding a feature like a widget that allows us to customize the smartphone screen for various needs.

New features like Picture in Picture allow us to watch clips and videos with a smaller screen size and use other parts for the first time on a smartphone simultaneously on an iPhone.

But the most critical change that became a big issue later was Increasing user data privacy measures. That is to add options for iPhone users to choose whether. Next, we will allow applications to Track internet browsing data in apps or other websites for advertising purposes.

To put it simply – when we use different browsers. Search for information on shampoos, shampoos that interest you. But I still have not decided to buy it. When returning to Facebook again, sometimes we may find shampoo ads that we have searched for information on. To tempt us to press to order it. Facebook can do this because they track our data on other platforms to Personalise ADs based on our interests.

When it was announced like this, it was equal to Marketing with Personalise ADs or Target ADs would be much more challenging to achieve than before. And may affect the brand. Advertising agencies decide to spend marketing money to buy media through the Facebook channel. It’s more complex than ever because the results of communicating through Facebook may no longer be as efficient as in the past.

So, as a company whose business model relies on more than 98% of its total revenue from ads, Facebook can’t be ignored anymore. Because the impact they will have in the future will create enormous losses. Especially in terms of company turnover figures. As a result, Zuckerberg, the rigged, clearly expressed his dissatisfaction with the changes that would occur.

Zuckerberg also addressed investors during the conference call. Announced earnings for the third quarter of 2020 in October last year that The changes would hurt small businesses. Until the economic recovery in 2021

In the end, Apple decided to postpone the Roll Out schedule for this specific feature until 2021, even though it started to allow users to update iOS 14 in September.

‘You are destroying millions of SMEs around the world. And block free access to the Internet!’ A statement from Facebook.

In December 2020, Zuckerberg and Facebook started moving again. by purchasing advertising media in all channels, From a website, Blog Post, Instagram (their platform), or even a newspaper page. To publish Facebook’s statement to stand up against Apple for small business owners or SMEs worldwide.

Facebook claims that the changes to iOS 14’s user data security measures by Apple will have a negative impact in two major areas:

1. The tech company’s actions will impact many small business operators, and the media industry will be shaken up in a big way. More than 10 million micro-enterprises worldwide using their platform will be fully impacted. It makes communication or building an engagement with consumers becomes more difficult.

He also said that 44% of SMEs on Facebook started using Personalised ADs during COVID-19. The epidemic began last year. A study by Deloitte also found that without Personalised ADs, small business ad impressions will cause the average revenue from sales of entrepreneurs to disappear by more than 60% of their spend on AD. quite

“While regulating Personalised ADs has impacted large companies like ours. The changes are also devastating to many small business groups. It is also considered an additional challenge for entrepreneurs during the COVID-19 pandemic. An outbreak like this,” Facebook said in a statement.

2. See that Apple’s actions will destroy the Free Internet world or free Internet.

Make various content platforms Might have to adjust more to the Subscription model, meaning that if it’s really like that, Accessing content on social media platforms in the future may therefore have costs that users must bear themselves. This is because Facebook claims a platform like theirs has reduced ad revenue. It will affect platform providers struggling to survive and earn money differently.

Not only that, but They have also begun running the ‘Speak up for small business’ campaign vigorously with a website page. facebook.com/business/apple-ios-14-speak-up-for-small-business urges Apple, etc., that many small business owners will be impacted by iOS 14.

A Facebook spokesperson also said that the European Digital Markets Act (DMA) should play a more significant role in regulating Apple. Specifically, the scope of Apple’s monopoly on the market, controlling its ecosystem, especially the App Store and app, threatens developers, consumers, and platforms like them.

Previously, Apple was attacked on the issue of doing business unfairly, monopolizing the App Store to cut fees. ‘Revenue share’ from application sales or in-app purchases up to 30% from developers before Apple later has to announce a reduction in revenue sharing from developers. With an annual income of less than 1 million US dollars, down to only 15%, effective January 1, 2021.

While at the end of January, Zuckerberg also named Apple one of the ‘Their Biggest Competitors’ or Biggest Competitors have already attacked the point that even Apple will allow users to choose whether to provide the app. or a platform to track the movement of users on the app Or other play media not, but in fact, Apple ignores those measures with apps. Which they develop and own (Zuckerberg saw Apple as unfair.)

“iMessage has become the backbone of their (Apple) ecosystem and is a top-rated service in the US. I think the main factor comes from the fact that they have installed it with the device. It also offers many advantages that other apps don’t have.

Apple is also incentivized to use the strength of its platform to intercept our apps, and this impact is on millions of growing businesses worldwide. And will begin to see apparent changes in this iOS 14 operating system update.

Apple might say they do these things. (Implemented security measures changes in iOS 14) to help people. But at the same time, it became clear that These also become the tracking of their business competitors. I believe our platform and other platforms will oppose what will happen in the future,” Zuckerberg said.

Companies that make money by directing people with their information should be ‘condemned.’

Following the release of Zuckerberg’s views on iOS 14 and Apple itself, which coincides with the schedule of the Brussels Data Privacy event that Cook has traditionally attended.

In this year’s event, Apple’s commander has a stingy counterattack against Facebook and Zuckerberg. It states that earning money from personal data and doing Target Ads violates individual freedom, which is not something that should be accepted. On the contrary, Actions like this should be ‘denounced’ rather than ‘complimented.’

By some episodes of Speech by Cook in the previous work. Details are as follows:

“Like I said earlier. Suppose we accept that everything in our lives can be bundled up and sold until normal. Then we lose more than just data because that means losing the freedom of humanity.

If business operations occur by guiding users in various ways And relying on exploiting information with no choice for the user, Then they should not receive our praise; on the contrary, they should receive more scorn.

Consequences of Speech by Cook It also became fuel for the boil and the conflict between Apple and Facebook to simmer even more times than before. It also makes the status of both companies to be especially watched by the media.

In a time of disinformation and conspiracy theories, A lot has popped up thanks to the algorithm’s work. We can’t blindfold laziness and pretend that the technological approach is like engagement. It is sound and sustainable for everyone.”

What will happen if iOS 14 releases official security features?

In one corner, Apple has described it as an ‘ADs Tracking warning pop-up’ that pops up. It’s just a UX/UI design so users can know if that app will likely track our behavior, activity, and movement data. We could never adjust the settings or see the tracking information in this section from the beginning.

It also gives them ‘exclusive rights.’ The decision to share or not share the information is the consumer’s decision.

In a sense, various applications can still store news as before. They only need to obtain the consent and authorization of the user as the data subject first.

On the Apple side, if we observe, we will find that in the past, They tend to focus on clearly communicating and taking action on user data privacy issues since such cases are a concern that various agencies have. Worldwide and users have access to almost every technology platform. The movement by Apple this time, although it does not ‘like’ those social media platforms. and those who conduct information business

but for users and most consumers, It seems that this move of Apple will ‘get the hearts’ of many people quite a bit.

In Facebook’s case, this not only affected them in terms of revenue. Because if in the future Apple’s shift has successfully created a new user data security standard that becomes a ‘basic’ that all tech companies must follow, when? Then Facebook’s business model will have problems.

And it may result in them may consider removing the app. Exit the App Store platform and change the business model to the Subscription model as they threatened. And, of course, the impact will fall on users like us.

Many business operators may have to start looking for a backup plan in marketing. Creating engagements with consumers is the same. Because although there are many online media tools for us to communicate, no one would dare to deny that Facebook is a common platform we have to think about in communicating online. Guaranteed by a vast user base of almost 3 billion

Ultimately, this conflict is still in its infancy. Because whenever Apple releases such features for us to use in total, it’s time to start ‘measuring the impact’ that will happen from this conflict.

Technology for a better life